This unidentified lady, dressed in early 17th-century Spanish fashion, is among Rubens’s most assertive sitters.

Rubens probably painted this ravishing beauty either during his short trip from Mantua to Spain (between April 1603 and January 1604) or not long afterwards in Genoa, where he resided from December 1605 until mid-1606. It was in that important harbour city open to Spanish influence that Rubens revealed himself to be a brilliant and innovative portraitist.

The sketchy handling, especially in the lady’s dress, as well as the ground layers left uncovered along the edges of the painted surface, suggest that the portrait was left unfinished. 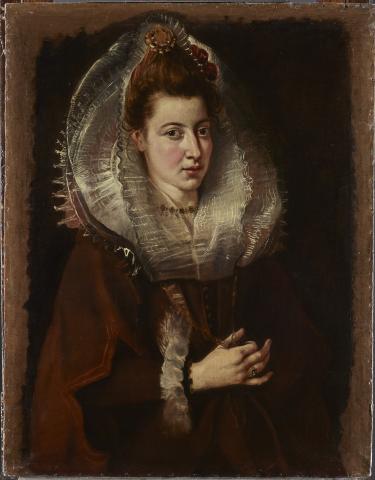