Step into Rubens's world through the main portico, which gives out on to the elegant courtyard. The portico connects the house and studio and also served as a magnificent gateway to the garden.

Rubens's touch would probably have been maintained until the mid-1750s. After this time, the house was thoroughly renovated. Only two elements of Rubens's original design have been largely preserved: the portico, which serves as an imposing passage to the garden and the garden pavilion, the eye-catcher at the bottom of the garden.

The garden portico's design is clearly based on a Roman triumphal arch, whereas the impressive central gateway clearly draws its inspiration from the Porta Pia, a famous city gate in Rome by the Italian Renaissance artist Michelangelo (1475-1564). Rubens installed sculptures of two Roman deities above the portico: to the left stands Mercury, the god of all painters, with Minerva, the goddess of wisdom to his right. 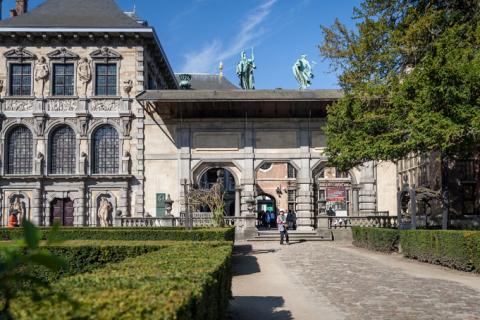 Rubens's contemporaries were obviously impressed by the portico. Soon after its completion, the structure was already depicted in paintings. Isabella Brant's portrait by Anthony Van Dyck is a good example of this. 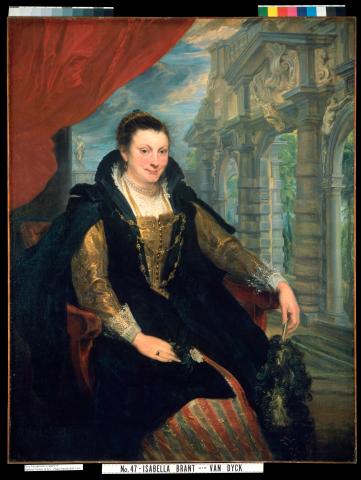 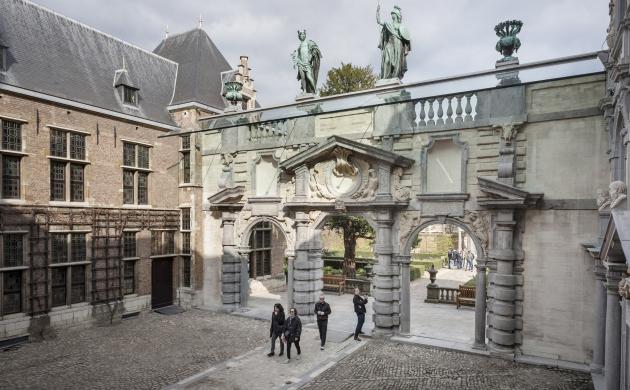 The imposing portico and garden pavilion at the Rubens House can now be viewed again by the public. After a year and a half, their restoration is complete. Rubens designed both features himself, making them rare evidence of Rubens as an architect.