The greatest collection in all of Antwerp

Collecting art has long been a pastime for kings and high-ranking individuals in the church. It also became a popular pastime for citizens with sufficient capital in Rubens's time. Rubens also bought and sold art. His collection contributed to his status and also served as inspiration for his work and that of his collaborators.

Like most affluent citizens, Rubens also amassed his own art collection.  He owned antique sculptures and took a keen interest in the work of his great Italian examples, Titian, Tintoretto and Veronese. But he also collected works by his Flemish predecessors or Germans like Holbein and Elsheimer.

Rubens was also interested in painters who practiced the "lesser" genres, like portraits, still-lifes, landscapes and peasant scenes. He admired and copied the work of Peter Bruegel the Elder. And Rubens, who was quite wealthy, owned no fewer than seventeen works by a poor artist like Adriaan Brouwer.

Besides paintings and sculptures, Rubens also collected antique utensils, coins, medals and cameos. A passion he shared with his son Albert.

The master showed the bulk of his collection in an impressive "art cabinet" or studiolo. He designed the gallery himself, drawing inspiration from the classic Pantheon in Rome. This studiolo conferred the required status and glory on Rubens. However the collection also directly inspired Rubens and his assistants.

His art cabinet probably resembled the one in the painting by Willem van Haecht. The canvas depicts the collection of the wealthy merchant Cornelis van der Geest. The diversity and value of the collection is striking. Rubens also such precious collectors' items and exclusive pieces in his collection. 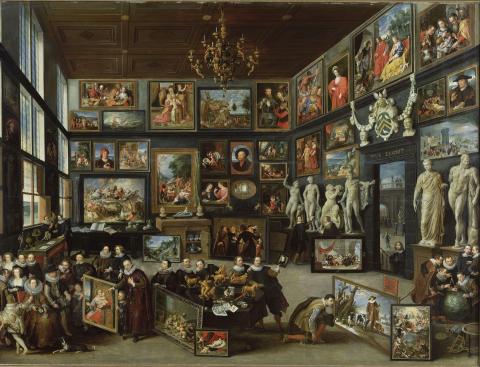 Rubens's library was also one of the largest in Antwerp. Like his art collection, his library is a reflection of his personality.

Rubens read artists' biographies and studied atlases, books about language and early archaeology. Preferably in Latin.  He prepared himself for one of his diplomatic missions with historical and political literature, as well as with court gossip. His library also included several textbooks for his sons. Something that Albert especially would have been very happy about.

His collection gave Rubens the prestige he was looking for. But it also had an economic purpose: Rubens bought and sold art. His diplomatic missions gave him the opportunity to collect objects. But like every fervent collector, he wishes to expand his collection, and his business skills would have been quite useful in this framework.

His art collection was the largest in seventeenth-century Antwerp. Part of the collection was sold after his death. The portraits of his wives and children are listed in his will. They inherited these paintings. But like Rubens's breath-taking art collection, they too are now in collections all over the world. 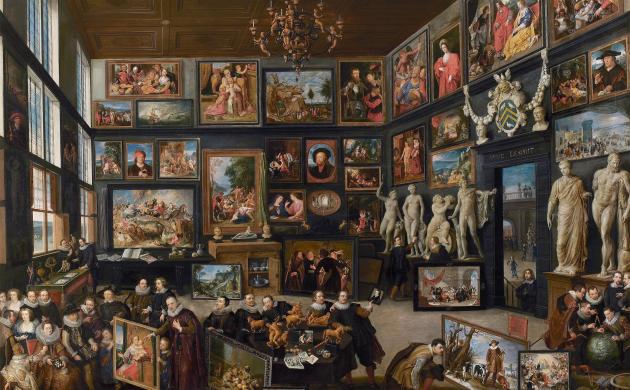