The imposing portico and garden pavilion at the Rubens House can now be viewed again by the public. After a year and a half, their restoration is complete. A combination of protective and conservation measures has given the portico and garden pavilion back their splendour, while the meticulous treatment of the sculptural details does full justice to them once more. The restored portico is protected by a glass butterfly awning to prevent erosion of the stone and to ward off pollution. Visitors can now enter Rubens’s home again in the way he intended: with a spectacular view of the portico and garden pavilion. He designed both features himself, making them rare evidence of Rubens as an architect.

Rubens as an architect

Following his return from Italy in 1608, Rubens introduced Antwerp to his fascination for classical and contemporary Italian architecture. He and his first wife Isabella Brant purchased a building and the accompanying land on the Wapper in Antwerp in 1610 and converted it into a self-designed Italian palazetto complete with semi-circular sculpture gallery, studio and a beautiful garden. Rubens only put his architectural ideas into practice once, but in doing so, he revealed a thorough knowledge of the subject. The improvements lent his home the air of an Italian palazzo and embodied Rubens’s artistic ideals: the art of Roman Antiquity and the Italian Renaissance.

“His home will arouse the amazement of foreigners and the admiration of travellers".
Municipal secretary of Antwerp in 1620

Rubens’s city palace made an overwhelming impression on his contemporaries. The monumental portico and the garden pavilion began to appear in paintings by the likes of Anthony van Dyck and Jacob Jordaens shortly after they were completed. Rubens himself frequently used the structures as settings for his own paintings too.

In September 2017, scaffolding was installed around the portico and garden pavilion at the Rubens House to allow the conservation and restoration work to be carried out. The temporary roof was dismantled and the bronze vases and the statues of Mercury and Minerva were removed so cleaning could commence.

A team of four specialist stone restorers meticulously tackled the sculpted elements, spending a year treating one flaking stone after another. The garden pavilion is now a harmonious ensemble again of light-coloured plasterwork and sandstone and darker blue stone. The portico, with its different types of stone, has regained its grandeur.

The final stage was to install the glass structure that will protect the portico against precipitation and prevent further loss of form and contamination.

A giant crane lifted the various parts of the construction one by one over the museum façade from the Wapper, resulting in some spectacular images.

The canopy itself was assembled in the museum courtyard. The 30-tonne construction comprises a canopy made of triple-laminated glass sheets 6 cm thick, which are held in place by stainless steel frames, weighed down by lead across their entire length and anchored in the columns. The bronze statues and vases stand on top of the canopy.

After a year and a half, the restoration is complete. Visitors can now enter Rubens’s home again in the way he intended: with a spectacular view of the portico and garden pavilion. 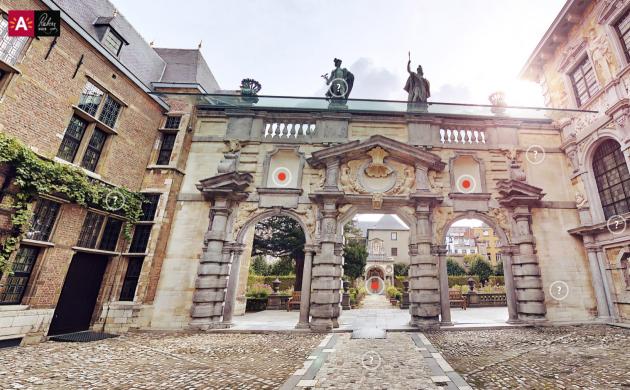 Why did Rubens incorporate an ox skull in the portal? What is the meaning of the Latin proverbs above the portico entrances? Why did Rubens place a statue of Hercules in his garden pavilion? A unique online tour featuring 360° photography uncovers the portico and pavilion’s secrets and brings to life some rare traces of Rubens the architect. 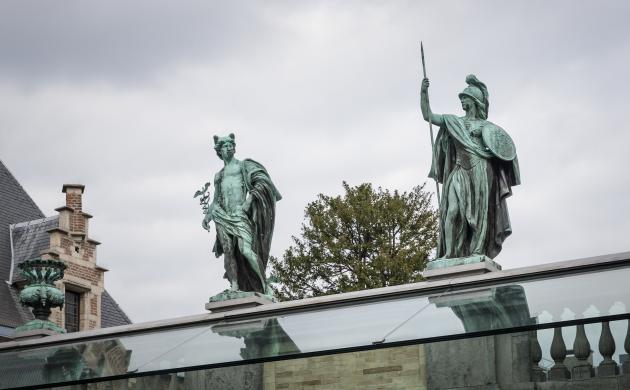 The 2020 European Heritage Awards/Europa Nostra Awards saw the Rubens House honoured with one of the world’s most renowned heritage prizes for the restoration of its portico and garden pavilion. 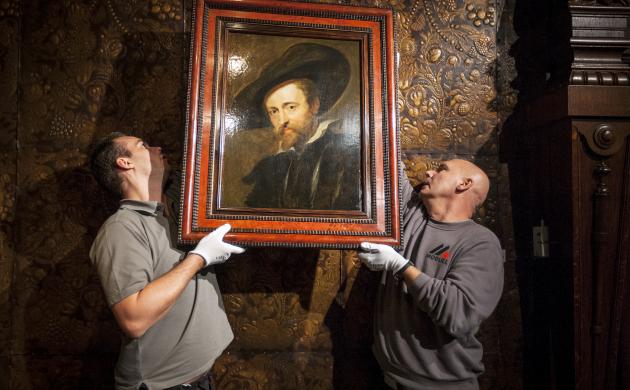 Caring for our collection

The Rubens House works with independent restorers or the Restoration and Conservation Service of the museums of the City of Antwerp for all restoration work. This passionate team specialises in the conservation and restoration of all the collections of the city's museums. 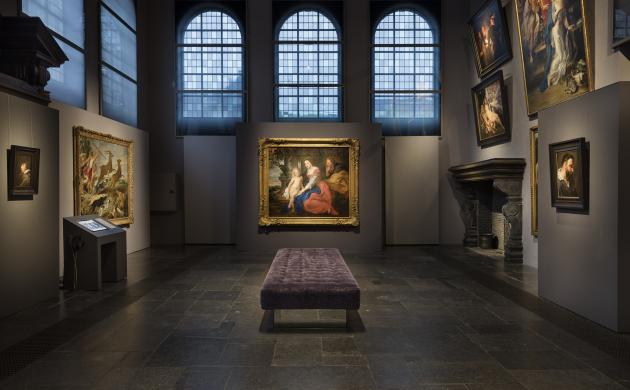 The museum is always open online. Take a digital tour of the museum with director Ben van Beneden, learn everything about the portico and garden pavilion with an online talk and a 360° photography tour, check out our acquisitions and loans or find out more about Rubens by taking our audio tour ‘The Master Lives’ via the Antwerp Museum App.